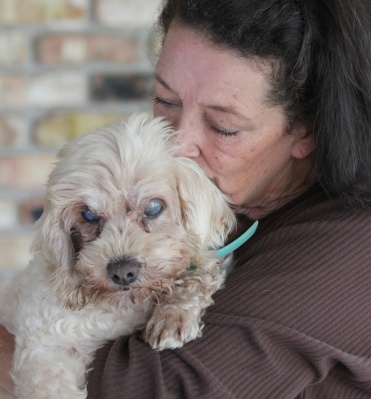 Blessed Marty…you were used, abused then abandoned to fend for yourself. No one could know all that you endured but you’re poor little body told some horrid stories. You had bullets and shrapnel from four different weapons. You had evidence of previous concussions and skull fractures. You were blind and deaf probably from lack of care for easily managed problems. You were matted so badly that you had difficulty with movement and the vet could not even tell if you were male or female. A kind soul found you in a ditch during a heavy rain storm and brought to the shelter. They felt you had no hope and was going to put you to sleep first thing the next morning. But I saw your picture and my heart broke with the thought that you would die without ever having known love and comfort. I am so happy that you were able to have peace, comfort, love and security for over three years. You were such a gentle spirit and I was blessed to have you in my life. 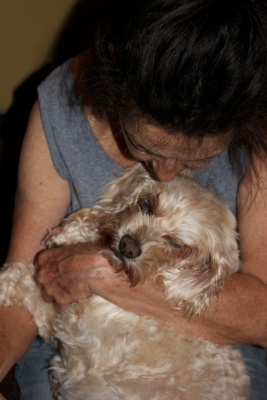 This entry was posted on January 1, 2016 by diania4321 in Memorials and tagged Hammond, Precious Souls, rescue.